From childhood we do mistake and there is always an eraser to correct it. Same in Photoshop we have an eraser to erase something which we don’t want. Shortcut is “E”. You will find it in tool bar :

Its working is same as a brush. Just click and drag over the image. It will only work on a rasterize image (to learn about rasterize go to Rasterize tutorial).
Now if there is no layer present under the layer on which you are using brush, then rubbed area will take color of background color. And if there is any layer under that layer, then you will see below layer area from that rubbed area of that layer.

Let me show this from an example:
Here I use eraser on this image, it has no layer under it and background color was blue and now you can understand what I was saying above. 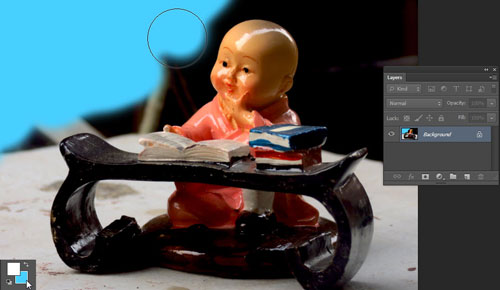 Here we end up with this tutorial, in coming tutorial we will learn about background eraser and magic eraser tool. 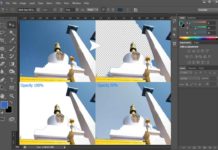 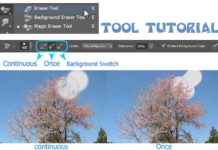 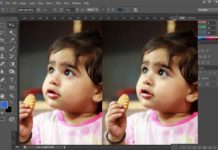 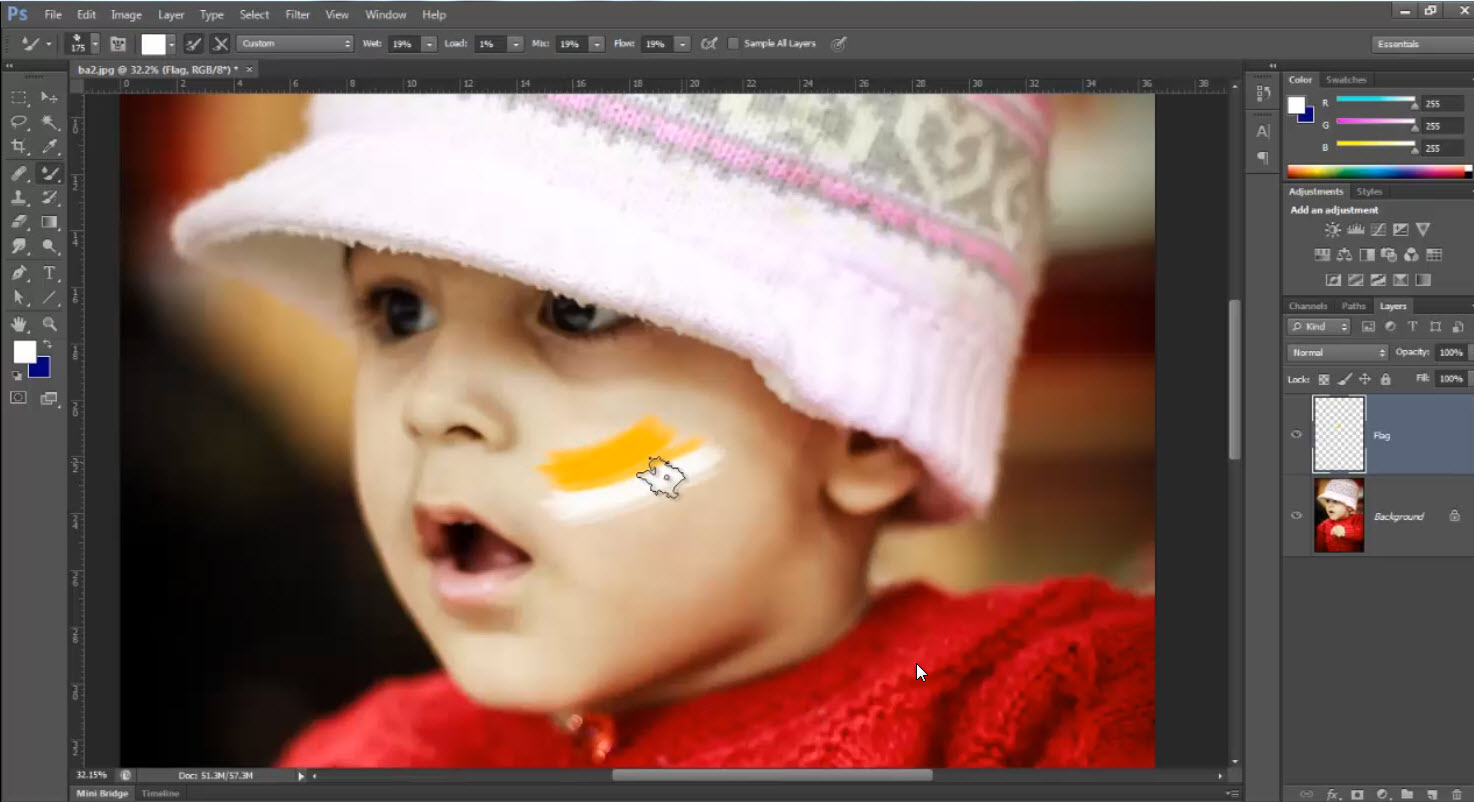 Tool Tutorial - January 11, 2017
0
Today we will spread some patriotic color in our creation. On republic day of India, we will do something with Tri color of Indian Flag. Objective of...

Our slogan is Free to learn. We present You one stop option for all your need for rookies, hobbyist, specialists looking for shortcuts and especially for FB- Holics looking to learn photoshop to impress their peeps without going through crapload of text pages through simple tutorials.

Getting Start With Photoshop